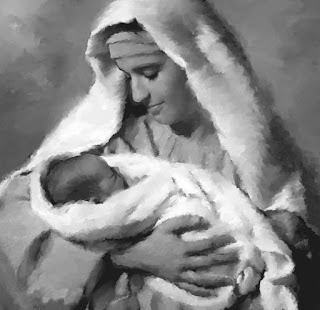 I ask this question in the context of the call to be ‘battle-ready’ NOW (1). There is no doubt that Mary played an important role as the one who gave birth to the Son of God. Her readiness to do so, made her a vital participant in God’s NOW. However, today I will focus on her role in the first miracle of Jesus.

This took place at the wedding in Cana. When Mary heard the embarrassing news that the host was running out of wine before the wedding-reception was over, she brought the matter to her son. And in a somewhat abrupt way Jesus dismissed her by saying:

When Jesus said: “My hour has not yet come” – it tells me that he was still waiting for his Father’s ‘NOW’. So what made Jesus change his mind?

I believe it was Mary – not by addressing the issue once again to Jesus, but by saying to the servants: “Do whatever he tells you.”

Mary had not seen Jesus do any miracles, but she had kept many words she had heard about him in her heart. She believed in him, and she showed it in action and in words. Such a faith touches a son's heart. As Mary in faith, gave physical birth to Jesus, in the same way her faith and love gave birth to the mission he had come to fulfil.

I believe that faith and love still touches the Son’s heart.


Faith and love can turn ‘NOW’ into God’s right moment.