It is about something that always is 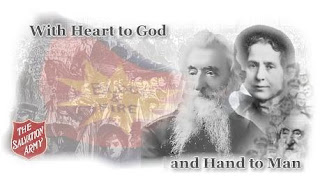 NORSK
Since I believe in God, I also believe that he is eternal and holy. The logical conclusion of this belief is that holiness always “is” – like God always is. The first human beings were holy because they were created in the image of God, but then came the fall. The only “new” thing on the divine arena, is that men can be “new” creatures in Jesus Christ (1) – and stay “new”.

For this reason I also realize that what I write about holiness is nothing new, apart from the fact that holiness is always new. Even though the focus I have had on the ‘other’ trinity is a concept I have never used before, everything I have tried to cover with the concept has been the focus of many others:
All this is about living as a one of the three in the ‘other’ trinity. I think that is how God also sees it. It is this that makes holiness holiness, and makes it into something that human beings can grasp with spirit, soul and body.