It is about the forces of nature 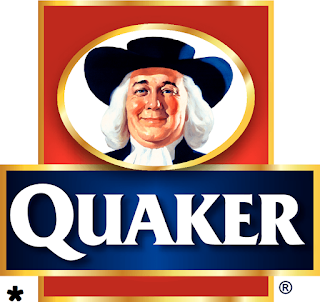 NORSK
When I read the Bible that an earthquake can be linked to a revelation of God's spirit, I understand that this may seem like a provocation for people whose lives have been hit by an earthquake’s destructive forces. Therefore, it is important to emphasize that when God reveals Himself in a nature phenomenon, it is of a non-destructive kind.

It is evident in the story of the burning bush that this was a non-consuming fire (1). Likewise, I have several times pointed out that it was important for God to reveal himself to Elijah, irrespective of natural phenomena like e.g. an earthquake (2).

Nevertheless, there are several stories in the Bible where an earthquake is linked to the activity of God’s spirit. When Jesus gave up his spirit at the cross, it is just a foretaste of what was to come a few weeks later. The earth shook, the rocks split, the curtain of the temple was torn - and many saints came out of their graves (3).
There was noise and a rattling sound when Ezekiel spoke to the dead bones in the valley, and then the breath of God brought them to life (4).
In Acts, I see that the prayers of the disciples caused an earthquake (5), and furthermore how earthquakes opened the prison doors (6).

Why does the Holy Spirit reveal himself in this way?

I think in the following verse contains the answer:


At that time his voice shook the earth, but now he has promised, “Once more I will shake not only the earth but also the heavens.” The words “once more” indicate the removing of what can be shaken—that is, created things—so that what cannot be shaken may remain.
Hebrews 12: 26-27

The contrast between shaking of heaven and earth and the Kingdom of God that cannot be shaken, is evident wherever the Holy Spirit is present. Therefore, it should not be a surprise that shaking also can be noticeable on people in the presence of the Holy Spirit – I know it from my own experience, and it explains today’s illustration*. It is familiar also in Salvation Army settings, and both Bramwell Booth (7) and Samuel Logan Brengle (8) testify to such manifestation.


I will hold on to that which cannot be shaken!

* Quakers (Community of friends) got their name because the presence of the Spirit was identified through the physical manifestation of shaking in the person on whom the Spirit had given a message for the community.

(7) “Later on, in Meetings of The Army, we had far more wonderful scenes of this nature. During an ‘All-Night of Prayer,’ for example, there would be a certain movement apparent among the people, and sometimes when prayer was being offered, and at other times during the singing or the address of a particular speaker, here and there among the audience people would be observed to fall to the ground. At times they appeared to fall with great violence, yet I have never known of anyone being really hurt. On some occasions there would be perhaps in a meeting of several hundreds of people only half a dozen such manifestations, although I have known as many as fifty or sixty in one gathering. Sometimes the younger people were in the majority, but at other times those thus influenced were mainly from the older portions of the audience.”
Bramwell Booth in “Echoes and Memories” ch. VII ‘Signs and Wonders’ – SP&S 1926 p 53

(8) “At times, the influence of the Spirit came in waves, and there was shouting, but never confusion—never any loss of what seemed Divine control of the meetings. .. . All these brought immeasurable blessing to my soul until it seemed to me that if I ever got much nearer Heaven, gravitation might turn the other way and I might not get back to earth. . . . All these manifestations of God’s presence, in rich variety, and yet Divine unity, fill and thrill me with the hope for revivals in all parts of the earth.”
Samual L. Brengle in letter to Rev. Dr. John Paul, Chicago Evangelistic Institute (Sept. 18, 1933) – quoted in R.D. Rightmire: “Sanctified Sanity” 2003 p 48.
Lagt inn av Jostein Nielsen kl. 05:27