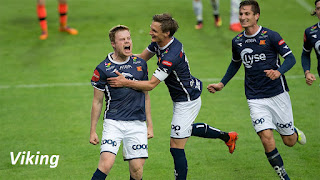 “Which is the best team?”, my dad asked one of his grandsons. Of course, the 10-year-old immediately replied ‘Viking’ – the home-team. The boy followed up with a long explanation and solid arguments why the Vikings were so much better than the guests. “Then you can cheer on the Vikings, and I can cheer on the guests” granddad said as they went to watch the match. “Why?” was the grandson’s worried response. “Because the weakest team also needs someone to cheer on them!”, granddad replied.

It was probably said with a ‘twinkle in the eye’, but it also describes my dad’s basic attitude and values: He always took the side of the weakest.


“It is not the healthy who need a doctor, but the sick. But go and learn what this means: ‘I desire mercy, not sacrifice.’ For I have not come to call the righteous, but sinners.”
Matthew 9:12-13

This statement was Jesus' response to the Pharisees who criticized him for eating with tax collectors and sinners. If the Salvation Army is no longer alongside the weak, we have lost sight of an important part of our calling. That's why General Peddle reminds us to take responsibility. It involves a ‘costly compassion’ for the weak. It means that we must defend others, seek justice, express generosity and participate in redemptive actions (1). When we do this, we begin to learn what ‘I desire mercy, not sacrifice’ (2) means.


“My grace is sufficient for you, for my power is made perfect in weakness.” (3)