Why did God choose The Salvation Army? #5 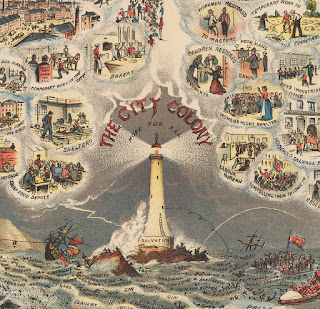 NORSK
Today, I will share the last of five reasons that can be used as an answer to the question in the headline:


5) God chose TSA because we have a holistic view on humanity and care for the whole person for this world and the next. (1)

Very often people have come to me and said: “TSA does a lot of good!”
– and often they continue tell me why they have come to this conclusion. Even though I am partial, and even though I wish that we could have done even more, I think they are right. When I was brought up in our movement, I just thought it was something we should do. Later in life I have realized that this very much part of our DNA and how we view humanity. It was a vital part of the mission from the very beginning, however, it became very clear when William Booth many years later wrote an article and defined it as “Salvation for both worlds” (2). One of the first William Booth quotes I learned as a junior-soldier was: “You cannot preach the gospel to a person with an empty stomach!”.

This is also part of how TSA views holiness, and the reminder from Paul is even included in our holiness-doctrine:


May God himself, the God of peace, sanctify you through and through. May your whole spirit, soul and body be kept blameless at the coming of our Lord Jesus Christ.
1Thess 5:23

Like the rest of humanity, I am created with spirit, soul and body. Caring for others must involve all aspects. When God saw this happen, he chose to strengthen and bless those whose hearts were fully committed to him and his mission.


Salvation is for both worlds

# 5 God chose TSA because we have a holistic view
(2) See: The upper “crust” of a prophetic sandwich
Lagt inn av Jostein Nielsen kl. 05:25