On the arena of conduct 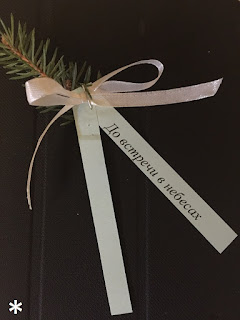 NORSK
The arena of speech, which I wrote about yesterday, is definitely very important. An equally strong testimony will arise from taking today’s challenge seriously:

Normally I start working on the blog for the next day every morning. Yesterday, I had made the decision to quote a verse Paul wrote to the church in Corinth, because 'conduct' is the core theme in the letters he wrote to them, and this verse does in many ways confirm why:


“You yourselves are our letter, written on our hearts, known and read by everyone. You show that you are a letter from Christ, the result of our ministry”
2 Cor 3:2-3

Some hours later I took part in a funeral. We were gathered around the open coffin of the 33-year-old Sergeant Major in Botanica corps. Vladimir died after a very short illness and is survived by a wife who is expecting their first child in near future. There was a lot of tears, combined with gratitude for Vladimir's life and his very strong testimony and clear focus. His focus on salvation was also very evident during the entire ceremony.

Among the speeches of gratitude, there was a retired officer who read the verse quoted above, and she concluded: "Vladimir lived as Christ's letter of recommendation."

In a brief glimpse I saw his wife smile through the tears. She knows that it is true, I and many others know that it is true. Vladimir was an example for the believers, but also for the family and other friends who had turned up to say goodbye. They heard a clear message of faith, hope and love.

At the last meeting Vladimir attended at his corps a short while ago, the corps officer asked the congregation a rhetorical question: “Can you confess that you are ready to meet God?” - Then Vladimir declared out loud: “Yes, I'm ready!”

Vladimir has gone home to be with the Lord, but we will continue to read the letter he leaves behind.


Role models are letters read by all