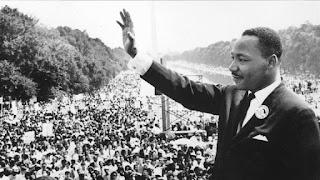 NORSK
I have known about Martin Luther King’s famous speech: ‘I have a dream’ since I was a boy. In connection with the fact that he yesterday would have turned 88, a radio-channel honoured him with a reference to the speech.
According to the information given, Luther King began by sharing important thoughts from a manuscript. After a while a person in the first row of more than 200.000 listeners suddenly called out: ‘Tell’em about your dream, Martin!’

King left his manuscript, and then followed one of the most celebrated speeches in history. I believe it became famous because it was driven not only by a dream, but by an intense passion. That which comes from the heart, will reach its target. When Paul wrote about the spiritual gifts, it was the gifts of the Spirit he had in mind.

The Holy Spirit lives in the believer’s spirit, and in the Bible the human heart is often used as a synonym for the human spirit. When Paul instructed Timothy to focus on Scripture-reading, preaching and teaching, he was aware of the fact that all these activities can take place without the intense passion involved in the “releasing the Holy Spirit”. I believe that is why he continued in this way:


Don’t neglect the spiritual gift in you that was given through prophecy when the elders laid hands on you.
1 Tim 4:14