He lived as he taught 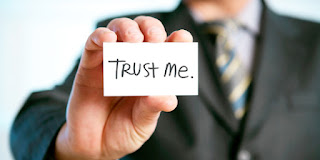 NORSK
That was the reason why Paul had credibility as mentor. Timothy had witnessed how Paul lived his life. He had seen how Paul returned to his home-town, Lystra, a town where he had been stoned by the mob and dragged out of the city and left for dead (1).

A person who voluntarily returns to such a place, knows who he believes in, and also in the love that has overcome all evil. Therefor will all he said and wrote also be credible.

I have fought the good fight, I have finished the race, I have kept the faith. 2 Tim 4:7

Timothy knew from all his dealings with Paul that it was true. Therefore, he was also ready to accept his exhortations, because Paul had lived just as he taught Timothy to live:

pursue righteousness, godliness, faith, love, endurance and gentleness. Fight the good fight of the faith. Take hold of the eternal life to which you were called when you made your good confession in the presence of many witnesses.
1 Tim 6:11b-12

Many have given me advice down through the years, but those I “listen” to, are they who live as they teach.

Credibility depends on the congruence between life and teaching