A mentor is clear and direct 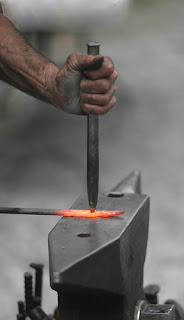 NORSK
The relationship between mentor and disciple is based on mutual trust. This means that they can speak clearly and directly with each other. Paul himself had a long period where Barnabas was his mentor.

The relationship between them was not without conflicts. Barnabas made it clear that he would bring John Mark on their second mission-tour, Paul disagreed. This was the reason why they parted. Luke came on Paul’s team shortly after this incident, and he describes it as a bitter dispute (1). However, something good can arise from such situations: Instead of one team, they now had two good teams fighting for the same cause. It is confirmed by this verse:

It is apparent that Timothy experienced times of discouragement. Paul went directly to the cause:


I remind you to fan into flame the gift of God, which is in you through the laying on of my hands. For the Spirit God gave us does not make us timid, but gives us power, love and self-discipline.
2 Timothy 1:6-7

Paul understood that the reason for Timothy’s timid spirit, was that he did not operate in the gift he had received. I think the gifts are part of the precious treasure that God has given us with the gospel. There's nothing more refreshing than to give room for the Spirit and let him use my body as an instrument to work through. When that happens discouragement disappears, and I am filled with power, love and wisdom. The key sits with me!

The best thing I can say about discouragement, is that I am 100% sure that it does not come from God.


A mentor is always clear and direct.