It is about fruit that gives hope 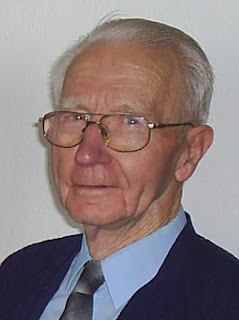 NORSK
I have always claimed that there is at least three variants of faith:
The Bible is very clear that the faithfulness like the other qualities of the Spirit is a divine attribute:

Let us hold unswervingly to the hope we profess, for he who promised is faithful.
Hebr 10:23

Yesterday Magna preached saints, holiness, heroes and role-models. I have written about my granddad before (4) on the blog. Like the people Magna mentioned, he was also very human. But every time I hear the word faithfulness, I always think of him. I discovered this quality in him very early, and his faithfulness remained an integrated part of him until his promotion to glory.

When he was 80, he bought his first PC. It was not many at that age who bought a PC in 1995, but he needed it to write his memoirs. He chose to give his book the title: “He cares!” – and to this image of God, he remained faithful. It affected him and he affected us who were his closest of kin, but his faithfulness and care also reached out to those who fell outside the community. For them he represented hope.