It is about lubrication 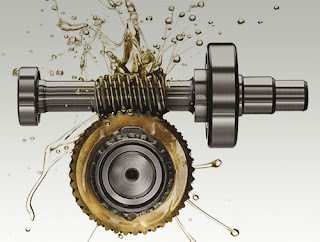 NORSK
I cannot find verses in the Scripture that directly tell that the 'Sacred Anointing Oil' was used for the purpose of lubrication, but it is a general characteristic of oil – and also of the Spirit.

It may still be possible to see the connection with the anointing oil as symbol of “How good and pleasant it is when God’s people live together in unity!”, because the psalmist gives the following illustration to this describe this unity:

I will elaborate more on this picture tomorrow, but it is interesting that Samuel Logan Brengle was known as “A Spiritual Special” but wherever the Salvation Army experienced a conflict, the General sent Brengle as “A Conflict Special” (1). His method was simple: As little attention as possible on the conflict-matter – as much focus as possible on the Spirit, holiness and divine love. It worked miracles. The Spirit ‘lubricates’ the “machinery of the church”.

Holiness is about lubrication

----------------------------------
(1) Clarence Hall: “There was a significance about this, he felt. Indirectly, it had been a schism that had led to his appointment as a national revivalist. And now the first engagement launching his career as International Spiritual Special was to aid a land similarly affected.” Rather than directly addressing the controversy dividing the ranks and threatening organizational unity, Brengle focused on the primary need for holiness of heart and life, stating: “I shall stick to my spiritual work and only here and there drop a word of suggestion and hope and cheer regarding the difficulty.”
In “Samuel Logan Brengle – Portrait of a Prophet” 1933 pp 217-218
Lagt inn av Jostein Nielsen kl. 05:31