It is about a variety of images 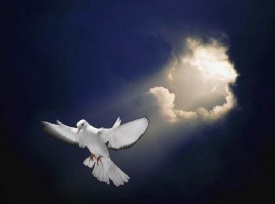 NORSK
I have already reflected on some symbols or images of the Holy Spirit. Many are yet to be mentioned. Here are just a few examples:
I take the following verse as a confirmation of my last claim.


But you have an anointing from the Holy One, and all of you know the truth.
1 John 2:20