To the end of the story? 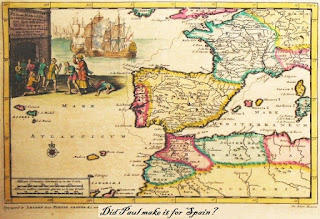 
When we got to Rome, Paul was allowed to live by himself, with a soldier to guard him.... For two whole years Paul stayed there in his own rented house and welcomed all who came to see him. He proclaimed the kingdom of God and taught about the Lord Jesus Christ—with all boldness and without hindrance!
Acts 28:16,30-31

And ... here ends Luke's story, but not the Acts of the Apostles. My theory about why it stops here is simple:

I think Theophilus, the receiver of Luke’s gospel and Acts, was one of all the people whom Paul welcomed in the house where he was staying. I think Theophilus was given the opportunity to sit and listen to the unhindered preaching and teaching. I believe ha was touched by the Gospel, became a believer, but felt that he needed to get everything he had heard in writing.

If my theory is true, we are in 2016 more than 2 billion Christians who are grateful to God and to Theophilus for expressing such a desire, and to Luke for taking the challenge to write it all down in such an excellent way.

What happen after the two years in Rome?
Did Paul’s dream about going to Spain come true? (Rom 15:23-24)

Again if the theory about Theophilus is correct, he was likely to have been well informed about these events through the reports coming to the church in Rome - either in form of a letter, through the messages brought by travelling disciples, or from Paul himself when returning from his journey. Nevertheless, the likelihood is that it was in Rome that Paul finally should experience that which is better by far:


For to me, to live is Christ and to die is gain. If I am to go on living in the body, this will mean fruitful labor for me. Yet what shall I choose? I do not know! I am torn between the two: I desire to depart and be with Christ, which is better by far.
Phil 1:21-23


To live is Christ!