A time for everything * - but when? 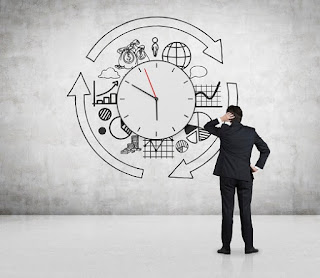 NORSK
This question is one of at least two questions that appear every time I read this verse:


“Though I have been speaking figuratively, a time is coming when I will no longer use this kind of language but will tell you plainly about my Father.”
John 16:25

This interpretation is at least in accordance with how they felt, because the next words from Jesus are very plain, but again I think that Jesus spoke about the 40 days he will regularly be visible and physically present in the period between the resurrection and the ascension – the time for reparation and confirmation of the faith and the mission.

The second question is a mystery both in the Gospel of John and in the other Gospels: Why was speaking in parables and images perceived as a distortion of truth rather than making truth more accessible? (3)

When I grew up, the Bible narratives were a natural feature in homes, schools and churches. The parables were used for the purpose of building faith, not to confuse it. The stories were explained as they were read. I think this is the reason why it is hard for me to understand that the images distort instead of enlighten. For the disciples and the people surrounding Jesus it was different. Only a few of them had grasped the faith-content in the pictures, so unless Jesus interpreted the content, as in the parable with the Sower, the parables remained mysteries until the Holy Spirit revealed the spiritual truth.


The Holy Spirit … will teach you all things and will remind you of everything I have said to you. (4)