The ressurection is dynamite* 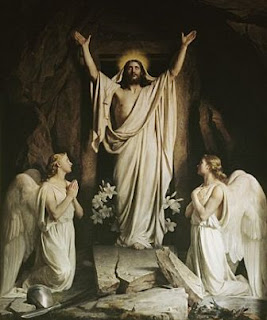 NORSK
Several times, I have heard the question:

“Does your faith have any absolutes?”

My answer is simple: “Many!”
But even among the absolutes I have a small hierarchy – it is relatively flat, but on the top the truths of Easter reign:

The atonement on the cross and the reality of the resurrection. One of the reasons why I regard them as absolutes is that they challenge, and for many they become a provocation. It is impossible for a person to remain indifferent the moment the content of the Easter-story is revealed to him. I have heard the statement: “Everyone likes Jesus” on many occasions, and it is hard to find anyone who will not concur that he was an OK human being, but the cross is difficult, and the resurrection even worse…it can stir up a lot of noise.

The atonement and the resurrection had focus in the sermons recorded in Acts. It was the conclusion of the biblical kerygma, and such absolutes will always stir up noise:


“My brothers, I am a Pharisee, descended from Pharisees. I stand on trial because of the hope of the resurrection of the dead.” When he said this, a dispute broke out…
Acts 23:6-7a

Today I rejoice in the assurance I have that Jesus rose from the grave. In the spiritual realm I already died with him and rose with him. That also gives me the hope and the assurance that when my time on earth is over, I will raise up to the eternal life, which indeed has already begun. They who do not believe, do not understand this, and things are stirred up.


I want to stir up some noice: JESUS IS TRULY RISEN!