It is about baptism 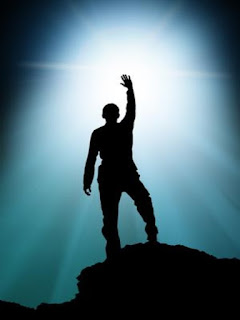 NORSK
Since the theme is holiness, I guess many believers immediately will think «baptism in Spirit» when they read the heading, but that is just part of the baptism-picture. When I one week ago preached at the opening of “Brengle for soldiers”, my focus was on baptism as the experience of dying with Christ and rise with him. I also testified about the strong experience it was for me when God, through his word, revealed to me that I had died with Christ on the cross, and risen again as a new creature in him.

When Hosea prophesied and came with the challenge: “let’s press on to know the Lord”, the context was a prophecy of judgment over Israel that was “torn to pieces” and brought in exile. At the same it is not hard for me to associate this passage with that which happened when Jesus died and rose from the grave:


“Come, let us return to the Lord.
He has torn us to pieces
but he will heal us;
he has injured us
but he will bind up our wounds.
After two days he will revive us;
on the third day he will restore us,
that we may live in his presence.
Let us acknowledge the Lord;
let us press on to acknowledge him.
Hos 6:1-3a

Ever since the fall, man has in a way been in a form of exile, for the simple reason that he is not where he belongs. When God became man, died and rose again, he opened the way back home from exile. When I identify with the redemptive work he has done for me, I die together with him and raise again as a new creature (1). It is only the new creature that can live in God’s presence (2), and it is only the Holy Spirit that can make us alive with Christ in his resurrection. It is the new creature, who carries the longing and the need to press on to know him (3).

For me it is very exiting that Hosea may have seen deep spiritual truths valid for all God’s people at all times. To live in God’s presence, I see as the very description of holy living.


We may live in his presence!